The researchers studying alcohol and fertility have come to the conclusion that drinking red wine may boost fertility based on the content of Resveratrol in red wine.  Resveratrol is abundant in red grapes, blueberries and cocoa.  It is an antioxidant that protects cells against biological stress.  Physicians at Washington University in St Louis, Missouri, studied the association between various alcoholic drinks and ovarian reserve.

They found a connection between red wine and fertility. Their findings are that women who drink one glass a week of red wine may boost their fertility.  Click here to read the study in prestigious The Medical Journal Fertility and Sterility.

The study consisted of 135 women.  They were between the ages of 18 and 44.  Each woman in the study kept an alcohol diary, where they noted how much they consumed each month. During this time period the physicians also conducted regular ultrasound scans on each of the women and calculated their ovarian egg reserve. What they found was that those women who regularly consumed red wine, regardless of other factors such as age and income, had a better ovarian reserve.

Caution: How much red wine is ok to drink when trying to conceive?

An article about this wine and fertility study in The Independant stated: “However, the study’s results don’t indicate that those trying to conceive should have a glass of red wine every day. The research only showed the fertility boosting benefit for women who drank moderate amounts of red wine (around 5 glasses each month).

“Experts have also been quick to point out that the results should be considered with caution, as the study hadn’t proved that the wine was solely responsibly for the fertility boost in participants. Adam Balen, chairman of the British Fertility Society, told The Times that the research was “interesting,” but insisted that further studies would be necessary in order to prove the findings. “This is an interesting study, albeit with a small sample size which means that it doesn’t reach statistical significance. “However, the exposure of the developing foetus to alcohol may cause irreversible developmental damage, so alcohol consumption should be less than six units [roughly two large glasses of wine] per week for women wishing to conceive.”” 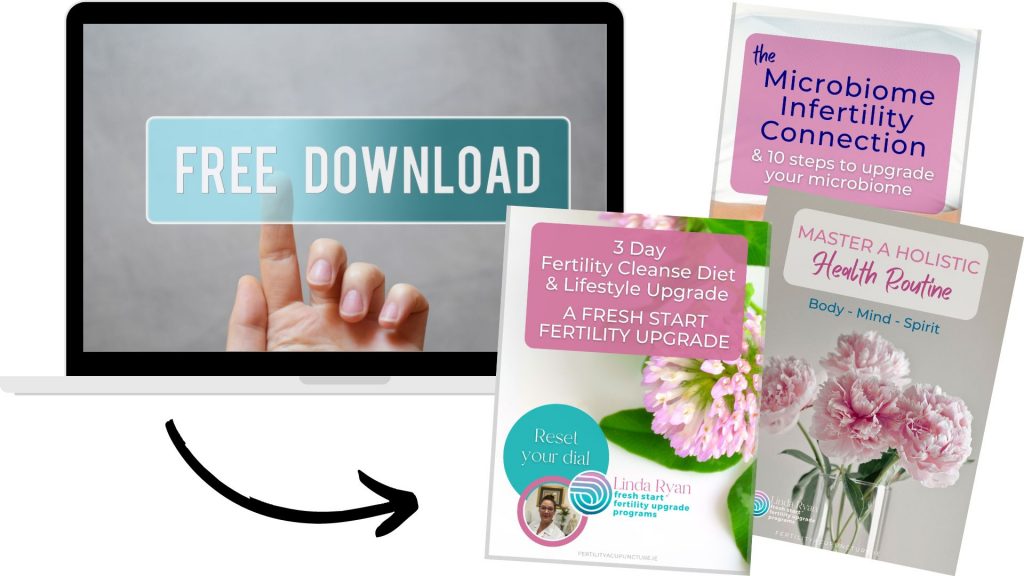 Get our FREE kickstart Guides to help you get on the path to resetting your dial:

-The Lifestyle Guide: Learn about hormone disrupting chemicals & ways to eliminate them

-The How to Master a Holistic Health Routine for your Body, Mind & Spirit Lifestyle Guide

-The Microbiome Infertility Connection & 10 Steps to Repair Your Microbiome Guide

Check out our Fertility Diet & take the guess work & hassle out of what to eat & what to do.